Cylera Labs has been investigating the Kwampirs malware actively since August 2018, and was the first to identify the similarities with Shamoon. In 2019, Pablo Rincón Crespo, vice president of Cybersecurity and lead researcher of Cylera Labs, released the first public findings pointing to important code similarities between Shamoon and Kwampirs at the XIII STIC conference held in Madrid on December 11th, 2019.

But having similarities in the tool doesn’t necessarily mean the same threat actors are behind both malware families. Therefore, further investigation was necessary to discard the possibilities of potentially stolen code, or false flag operations. Shortly after Rincón’s presentation at XIII STIC conference, two FBI Flashes and one FBI Private Industry Notification (PIN) were released, alerting about Kwampirs (January 6, February 5, and March 30, 2020), and some researchers have also tweeted about similarities between both malware families.

At that point we had all the known campaigns sinkholed, many victims identified (from small hospitals to “medical cities,” and gov institutions of Middle East countries), had already found the template system and were already trying to understand the evolution of all the Kwampirs artifacts available for download via public malware repositories (mainly VirusTotal and Hybrid Analysis). Our differential analysis was done with the help of radiff2 (part of radare2 toolkit) and diaphora+IDA, and then reviewing manually the full sets of differences between every single version to understand all the divergence between the two malware families. During this process we also identified some additional components that went unnoticed for some time but that link the two families even more closely together.

The newly issued, in-depth Cylera Labs Kwampirs Shamoon Technical Report explains extensively, with artifacts, the different phases of the investigation, analysis and findings related to the evolution of Kwampirs and its connections with Shamoon 1 and 2 - where Kwampirs starts its activity between both Shamoon versions.

At Cylera Labs we assess with medium-high confidence that Shamoon and Kwapirs are the same group or really close collaborators, sharing updates, techniques and code over the course of multiple years, and this blogpost summarizes some of the key findings of our investigation:

During the investigation, Cylera discovered a malware artifact (dubbed “886e7” in the technical report) that is an intermediate version between Shamoon and Kwampirs. It’s basically a Shamoon Dropper in which the destructive components were not included, but

instead, only computer and network exploration code in the form of two reporters, probably in the middle of a refactor of the code.

What are the key properties of 886e7 similar to Shamoon 1?

Ok… But what about the 886e7 link with Kwampirs? 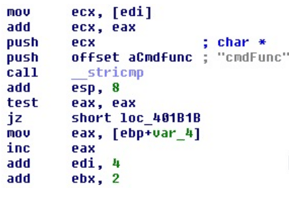 We found and identified a common template system between Kwampirs and Shamoon 2, that with the known timeline was first developed for Kwampirs, then implemented in Shamoon 2. 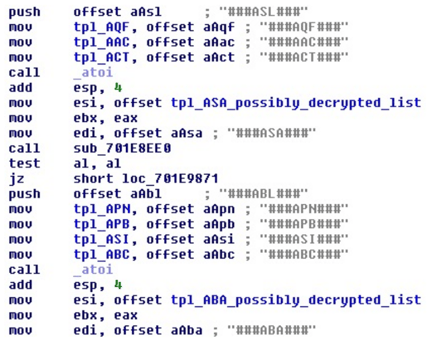 First, we found a Kwampirs artifact embedding an extra component that was a Kwampirs template itself, with unrendered labels (placeholders).

This template was likely embedded by mistake by either the developers or the operators configuring an artifact for a new attack campaign (if any different). There are a few more droppers carrying unrendered templates (listed in the report). We have documented the variables of the template in the following table: 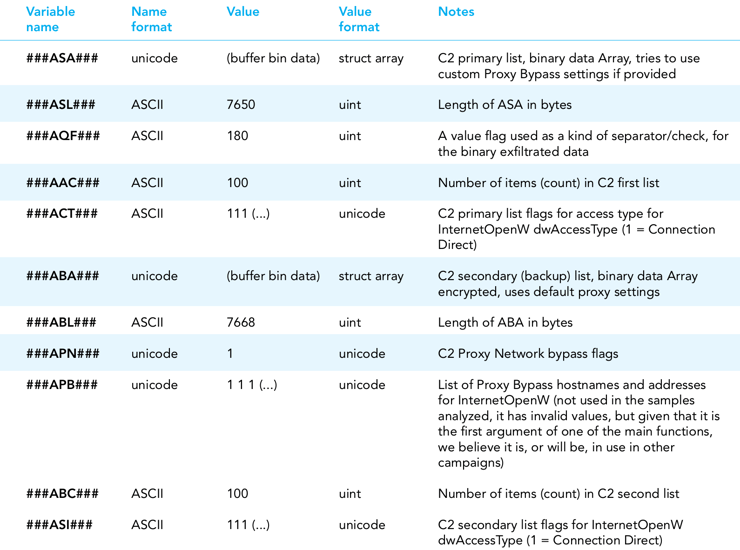 Why do we believe it was not present in Shamoon 1?

Shamoon 1 definitely didn’t have this template system. This system adds auxiliary code preprocessing the values of the rendered placeholders. This auxiliary code is simply not present in Shamoon 1. It includes the preprocessing and building arrays based on data present in buffers with new lines as separators for multiple configuration parameters (in example, the C2 lists and options are built this way).

And also there are traces that the values are embedded in ASCII, even for the numbers, because you can see the use of atoi() to convert them to integer format. The size of buffers, number of items, etc, are processed by atoi() function calls, which doesn’t happen in Shamoon 1. 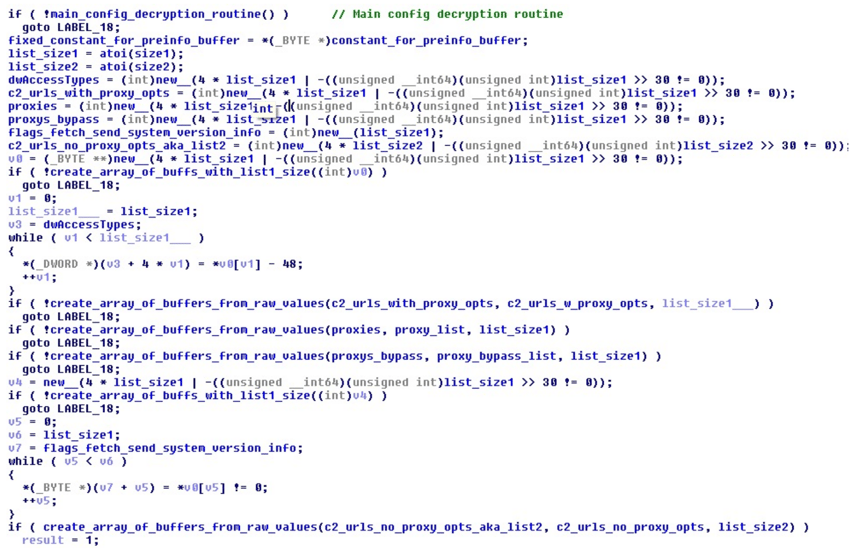 And guess why they use atoi()...? Because in order to get the placeholders into the binary they inserted the placeholders as string literals, to let the project compile with those unrendered placeholders (ASCII, not numbers yet) without failing the compilation. And this also indicates that the template system was designed and implemented at a source code level, not overwriting values directly at binary executables.

How does this template system link with Shamoon 2? 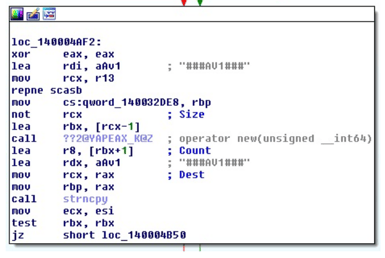 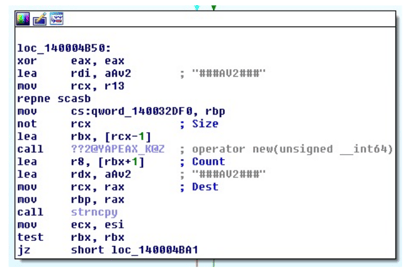 These placeholders are related to the resource embedding parameters needed to access the payload to drop, which is the Reporter component, with the difference that Kwampirs will also add a simple steganographic layer on top, to hide the payload a bit more. But both of the placeholders match the format of Kwampirs placeholders. With this we get a better picture of the full process.

First the reporters are rendered, then they are embedded into the droppers which also use another template for the Dropper, with the correct parameters of the payloads to drop. The only difference is that Shamoon has more components (the Wiper executable plus driver), and has a 32bit version of all its components as well as a 64bit version of all them, packed in a 64bit Dropper which goes embedded in the 32bit Dropper.

Using a template system with a builder just makes sense to avoid steps of failure in the configuration of new campaigns. The rendering process of both malware families would look like the following diagrams: 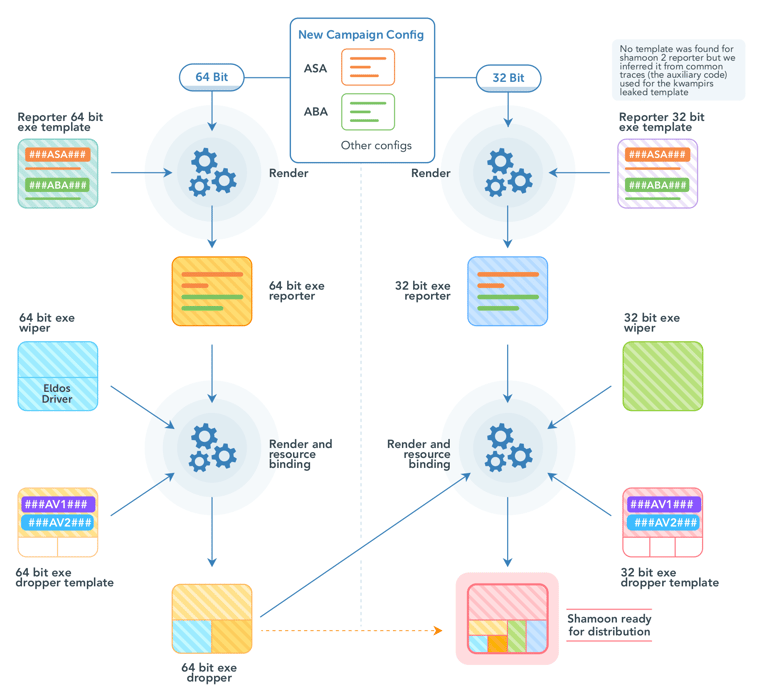 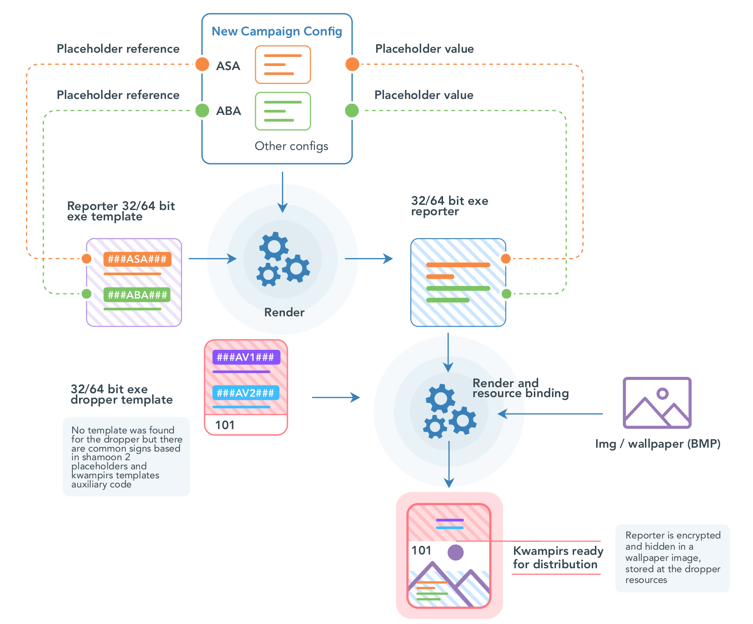 But This is Not a Template. Why are Shamoon 2 Placeholders Unrendered?

We believe they share the same code and use C macros, preprocessor options for the compiler, to enable and disable things specific to the architecture. One of these things is the process of checking the architecture and dropping and executing the 64-bit Dropper component, which only happens when the execution detects that the system is 64-bit based.

But when the 64-bit Dropper starts its execution, it shouldn’t perform the same checks and it shouldn’t drop any other payload. And it doesn’t, but the template system mistakenly embedded part of the code related to the 64-bit dropper, and at the auxiliary code of the template system it leaves the placeholders unrendered, which are not really used, and that’s why the program doesn’t crash during execution. This way, the developers probably didn’t realize they were embedding unrendered placeholders, leaking their format.

Summarizing, ###AV1### and ###AV2### are related to the payload dropping of the 64-bit version of the Dropper, which is not used by the 64-bit version itself (otherwise it would drop yet another copy of itself!), and they didn’t wrap correctly with architecture based macros so they got embedded in the template systems’ auxiliary code…and this became a fingerprint of themselves! Oops - problem now!

And Why Kwampirs before Shamoon 2 and not the opposite?

Traces of the auxiliary code, as well as the placeholders, were identified in Shamoon 2 (in all "Shamoon 2" campaigns), with a flow graph slightly different, probably to bypass Antivirus signatures and automated clustering systems, but it still can be easily identified with the auxiliary code of the template system.

We believe Shamoon 2 inherited all this code from Kwampirs, and not the opposite, because Shamoon 1 didn’t have this template system back in 2012, and it was first seen in Kwampirs artifacts dated (and uploaded to VirusTotal) before Shamoon 2 attacks of November 2016.

We could not find evidence that the template system was yet correctly identified by other investigators in either Kwampirs or Shamoon 2 malware families. A few researchers said the threat actors were probably using a builder, because of unused values, or filled with dumb data, which is right. But this association with Kwampirs has not yet been referenced that we've seen. 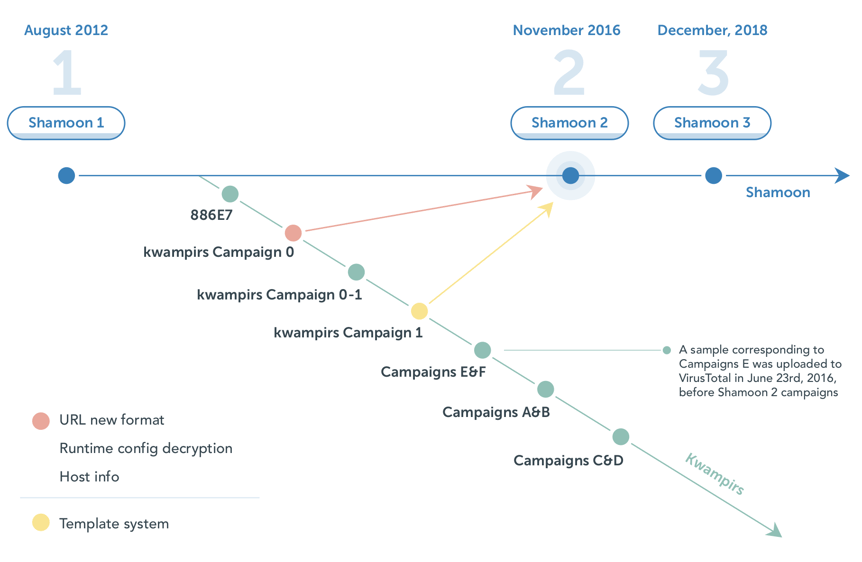 Any Other Shared Updates Apart From the Template System?

Shamoon 2 developers based many changes on Kwampirs improvements. Both, Shamoon 2 and Kwampirs Reporters, collect the same initial set of data to build the first request to their Command & Control servers:

The data is customarily packed using the same procedures as Kwampirs, using a field separator specified with the template system, then the full buffer is encrypted with an xor-cyclic algorithm and then encoded with base64.

What Else is in the Technical Report?

All these details and more are well-covered in the more expanded Cylera Labs Kwampirs Technical Report.

And What About Attributions and Our Final Conclusions?

We believe with medium-high confidence that Kwampirs and Shamoon 2 are maintained by the same group. But Shamoon 2 is already attributed to a set of actors based on the code, victims, and common infrastructure, which is a subgroup of APT33/APT34/Magic Hound, which seems to be no different than Shamoon 1. If one day Shamoon 2 is said to be a false flag operation from a different country or APT group, then Kwampirs attribution would also need to be reevaluated as well.

With the data we have gathered right now, Kwampirs is very likely an Iranian APT that has been targeting healthcare and supply chains of multiple countries around the globe since at least 2015, with no clear intention, controlling the position for pivoting over these artifacts (even if they don’t take it in a destructive direction yet).

Cybercriminals of all types and with a range of attack vectors and malware variants are targeting the healthcare industry and supply chains. Motivations can vary from just industrial espionage (intellectual property, scientific research), exfiltration and exposure of PHI records (of dissidents or key personalities), to the damaging extreme of enabling the creation of a crippling cyber-physical impact through wiper attacks if things get really ugly in a cyberwar scenario. The healthcare industry is a valuable, priority target and needs attention to assure defensive measures are in place, just as for any other critical infrastructure.

For the General, Non-Technical Blog or more information go to www.cylera.com/cylera-labs